In an Agile workplace, design is not an activity simply one person does. As UX designer, this is an attitude I seek to change in people around me, and it has worked very well at the Digital & Innovation department in Van Lanschot Kempen.

As we were starting the careersite project, I was asked to facilitate Design Sprint together with the key stakeholders and the team that was going to eventually build the website. I couldn't contain my excitement: this is something you usually don't hear coming from the business!

What is a 'Design Sprint'?

Design Sprint is a design process invented and thoroughly tested by Google. In essence, it is a full five-day workshop, which in the end will produce a working prototype. Meanwhile, you will be consuming a lot of post-its, cute dot stickers, coffee and snacks. 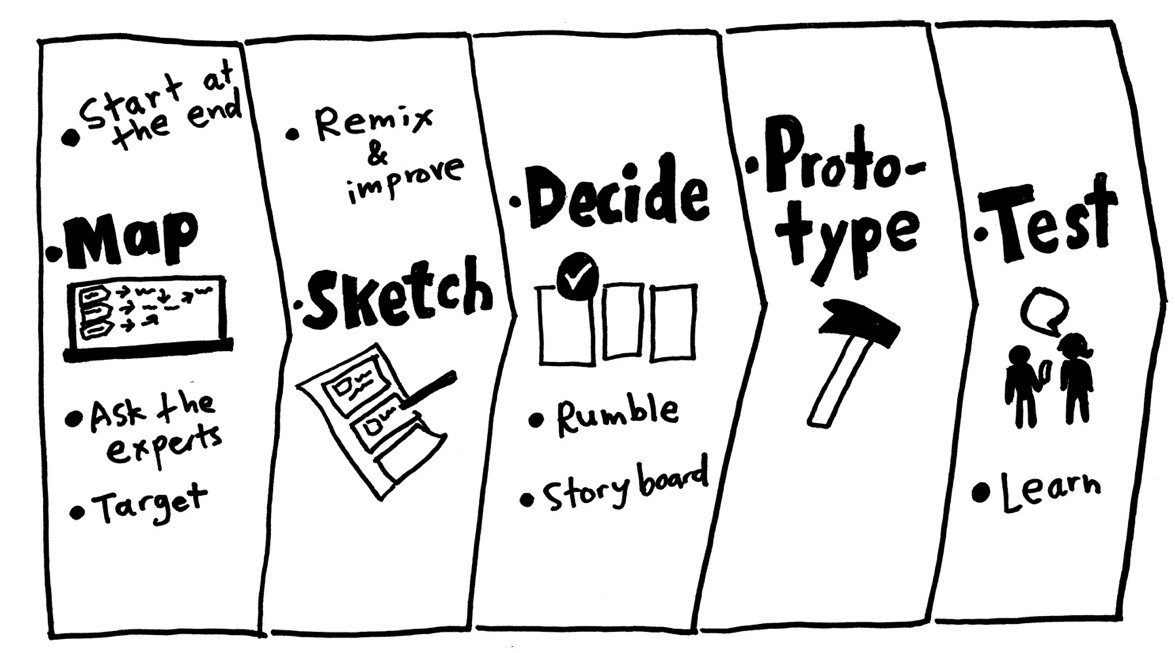 Monday - Understand the challenge:
You start the Design Sprint with a problem you would like to solve. On your first day, Monday, you explore the problem and interview relevant experts to understand better what is going on. At the end of the day you pick a target you are going to focus on. Our challenge for the Design Sprint was to create a website that would attract top talent and also engage them to apply for a job.

Tuesday - Sketch out ideas:
On Tuesday we started sketching out solutions. It is fascinating how you can fill out a paper with an idea even if you don't know how to draw! At the end of the day everyone had an idea they were ready to present to others.

Wednesday - Make decisions:
On Wednesday, all ideas were hanged on the walls of the meeting room. They were explored and discussed in the group, and then everyone voted for the idea they thought we should prototype. Based on the ideas that received most votes, we created together a storyboard. Storyboard is a tool widely used by cartoon artists and movie directors. In interaction design, it is used to visualise user's journey through the website or app you are building. Out of all the activities in Design Sprint, this was the hardest for me as a facilitator. This is the moment when the concept for the prototype finally comes together. There is a lot of discussion. After some intense storyboarding all of us were exhausted, but in a positive way: we now had a good idea about what we were going to prototype the next day. 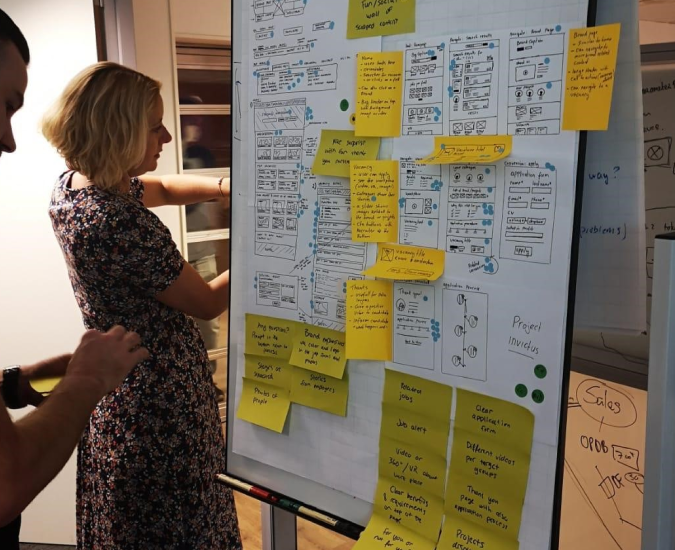 On Thursday, we came together in the same meeting room again to build a clickable prototype. It needed to be good enough so the primary idea ("top talent is able to search and apply to a job") could be tested, but not too complicated so that it would be feasible to build it in one day. To put the prototype together, we used a design tool called Figma. Figma is great, because it allows multiple people working on a layout simultaneously. Two people would focus on building the screens, while three people would work on writing the content and digging up images.

Friday - Test the prototype:
The last day of the Design Sprint is the most important one. On this day, we would discover if our concept actually works. For testing, we had invited 4 people who represent our target group. I would sit together with each of them, letting them explore the prototype and tell me what they thought about it. The rest of the team observed us from another meeting room and took notes. At the end of the day, we had a massive stack of notes written on post-its. This is how research synthesis looks like: it is messy and chaotic at first, but as we started to sort out the notes in themes, we saw different patterns emerging. Many things were liked by our test participants, but there were clearly points we should improve. 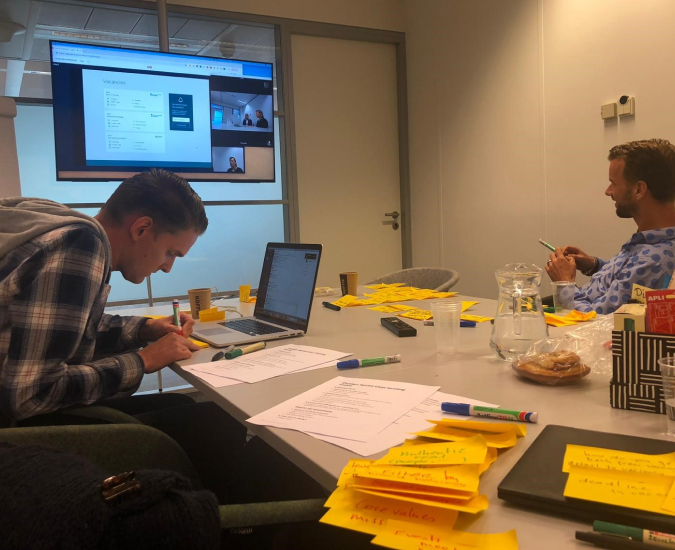 And onwards... After just five days we had a concept, and we had also tested it with our target users. While the developers were busy setting up the back end, we improved the design based on the user test findings. The improved prototype was tested again, adjusted – and then we declared it was ready to be built. What is perhaps the most impressive in this whole process, is that in just one week you will know if the idea works or not. Fail fast and learn from it, as preached by Agile manifestos. This was not the first time we did a Design Sprint at Van Lanschot Kempen, and will surely not be the last!